Climate change is happening all around us and has been affecting the lives over every living organism on this planet.  Most recently I can see the aesthetics of my home neighborhood back in California change every time I go back.  The beautiful plants that used to be planted in front of homes and in backyards are being pulled out because of the lack of water availability from the severe droughts that have escalated in the last four years.  CBS News did a article pointing out the drastic changes that happened in only four years in California.  It said, “California is entering the fourth year of a record-breaking drought creating an extremely parched landscape.”  My neighborhood back home had beautiful golf courses almost all ripped out and changed to apartment homes because of the lack of water to feed the grass.  Climate changes have increased the pollution percentage in California by so much that it is causing respiratory health issues to people.  In a article I read, “The prevalence of asthma in the U.S. has increased by more than 75% since 1980.”  The increase in asthma and the harm air condition has brought to people living in what people consider a safe environment is hurting them.  And I am sure that almost all of the victims of air pollution never blamed climate changes for their health.

So what would have to happen to make everyone stop and think about how everything around them is affecting everyone around them?

Agriculture is being affected which ends up at everyones dinner table.  Heat waves in California have dried up reservoirs and increased the death rate for heat stroke as well. 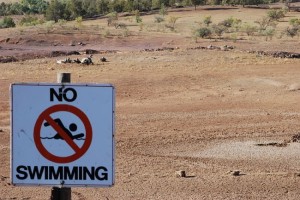 Before I started taking this class I was one of those people.  I never once stopped to think it was because of people like me that the climate change was happening.  Seeing myself I realized the importance of education.  Without reminding everyone how important this topic is, they will never stop to think about it.

What is a way to spread the word about climate change?